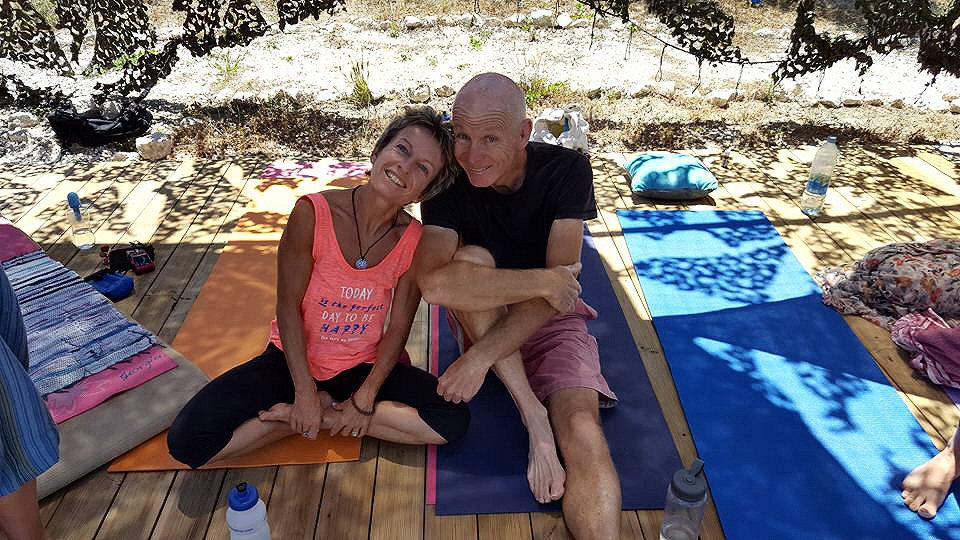 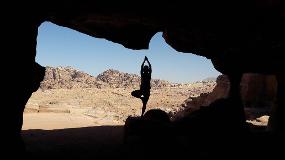 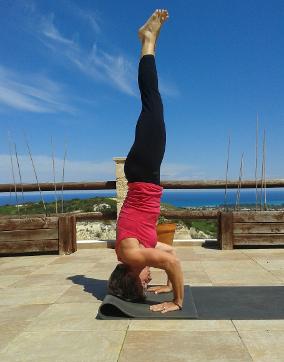 I became an addict when I was 42 years old, a yoga addict that is!

I've been sporty all my life, running as a child, then playing field hockey for almost 20 years, including mixed hockey with the boys. I took up serious hiking, cycling and mountain biking after I tore my cruciate knee ligaments in my left leg back in 1997. In 2005, after almost 20 years working in the Retail fashion industry, my husband and I moved to Cyprus to follow our dream and start a cycling and hiking business Wheelie Cyprus based on the unspoilt north west of the island near Polis.

A friend introduced me to hatha yoga a year after moving to Cyprus. To be honest, I went along to the first class expecting to be bored senseless as I'd once been to what was called a yoga class when I was in my 30s, admittedly taught by a totally unqualified instructor.  How wrong I was! For someone who thought they were fit and flexible, it was a rude awakening as I was physically challenged in almost every yoga pose I first attempted. And then I had to learn how to breathe properly as well as perform the various asanas with the correct alignment!

It took me a couple of months to understand the correct way to breathe when doing yoga, but once I had mastered ujjayi breathing as it's called, I could not believe the difference it made to deepening my yoga practice. I bought several yoga books and started to do some self practice at home.

After my first yoga teacher took a break to have children, I discovered a new one who taught a different style of yoga called vinyasa flow. I guess that's when I became even more addicted as I began a daily self yoga practice on top of my weekly yoga class.

Fast forward almost 15 years from that first yoga class and my body has become lean, strong and super flexible, well at least the bits that aren't still challenged every time I unroll my mat, like my hips and my shoulders!

In 2014, I hit a big milestone in my life, my 50th year and felt the need to deepen my yoga practice even more. I signed up for an intensive 3 week teacher training course at the beautiful Suryalila yoga centre in Spain and became a fully certified Yoga Alliance registered yoga teacher!

I am totally passionate about practicing yoga from both the physical aspect, which leaves me feeling energised and inspired after every practice, to the yogic lifestyle of living according to Patanjali's 8 limbs of yoga.

Having gained my Yoga Alliance Registered Yoga Teacher certification, I am eager to share my passion for yoga with others and invite you to become addicted too! It doesn't matter how old you are as it's never too late to embark on your yoga journey.

Take a look at my class schedule to find out more.

PS - Since I did my teacher training, the yoga centre in Andalucia, Spain has added an amazing Om Dome space which I desperately want to practice in! Maybe I'll book onto one of their fabulous yoga retreats.